Certified by American Board of Surgery (1980)

Certified by American Board of Surgery, Added Qualifications in surgery of the hand (1989), and re-certified in 1998 and 2008.

Scores of Self Assessment Examination given by the American Society for Surgery of Hand:

- Listed in National Registers Who’s Who in 2002 Edition

- Chicago Society for Surgery of the Hand

- American Society for Surgery of the Hand

Presents an average of 10 national and international lectures on Hand and Microsurgery.

- Involved in free treatment of poor and needy patients nationally and internationally, particularly from old Soviet Republic, Turkey and Balkan countries. About more than fifty patients each year on complex trauma and congenital malformation surgeries. 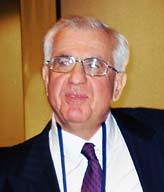